In 1946 the aircraft, now registered as NC65384 was sold to Executive Transport Corp of Texas who initially failed in their attempt to sell the aircraft to Penn Central Airlines, instead selling her to Northeast Airlines in June 1947. Her time with Northeast lasted less than a year before being bought by Piedmont Aviation who christened her ‘Tidewater Pacemaker’. 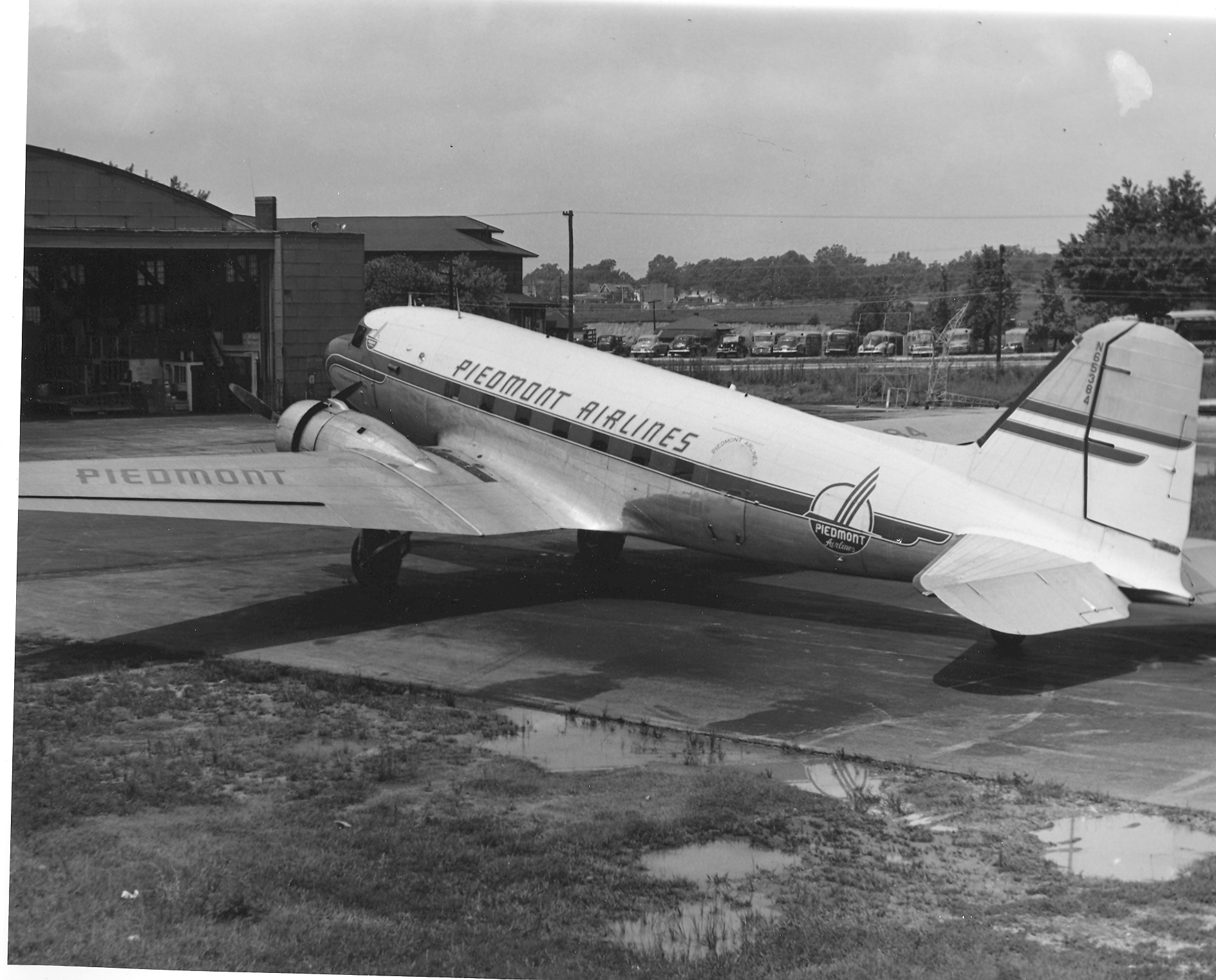 After four years’ service the aircraft suffered a mishap in gusty conditions at Greensboro, North Carolina on October the 20th 1952 as Flight 20 but by late the following March she was flying again, this time registered as N45V. Three more years’ safe service followed before a drunken passenger fell to his death, near Shelby, North Carolina as Flight 5, mid-way between the departure point of Charlotte and the destination at Asheville on June the 13th 1956. Charlotte Aircraft bought the aircraft on February the 28th 1962 but by the end of the year it was put on the market again.

In March 1963 the French Navy purchased the aircraft as part of a drive to replace their Beechcraft JRB-4 trainers, ferrying her back over the Atlantic to Le Bourget for overhaul and modification work to be carried out by SECA. At this time Escadrille 56S was based at Nimes-Garons, near the Southern coast of France where they trained all non-flying maritime patrol personnel. The modifications carried out to the cabin in particular provided working areas for the trainee crew members, repositioned the astrodome aft to the cabin area and upgraded the avionics. She joined Escadrille 56S as ‘18984’, Ship #84 with call signs ranging from F-YGGG, F-YGIA, F-YGGF. 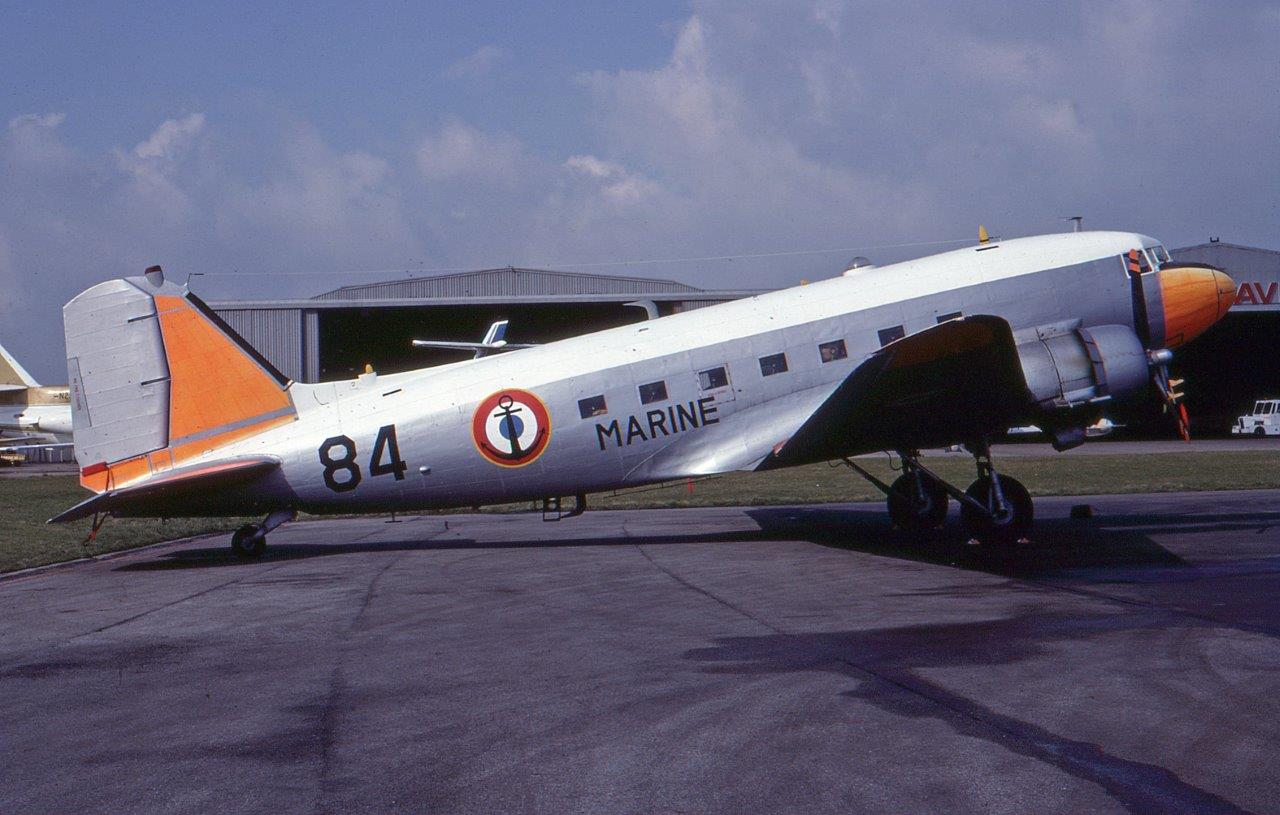 On navigation exercises she flew as far afield as Malta, visiting Luqa airfield on 17 June 1969 and again on 20th April 1970.By 1984 most C-47s in military service had been retired and this was the case for Ship #84 which passed into the ownership of Nimes Garons (France) in May 1985 and then on to Basler Flight Services of Oshkosh, Wisconsin who registered her as N98BF in September of that year. 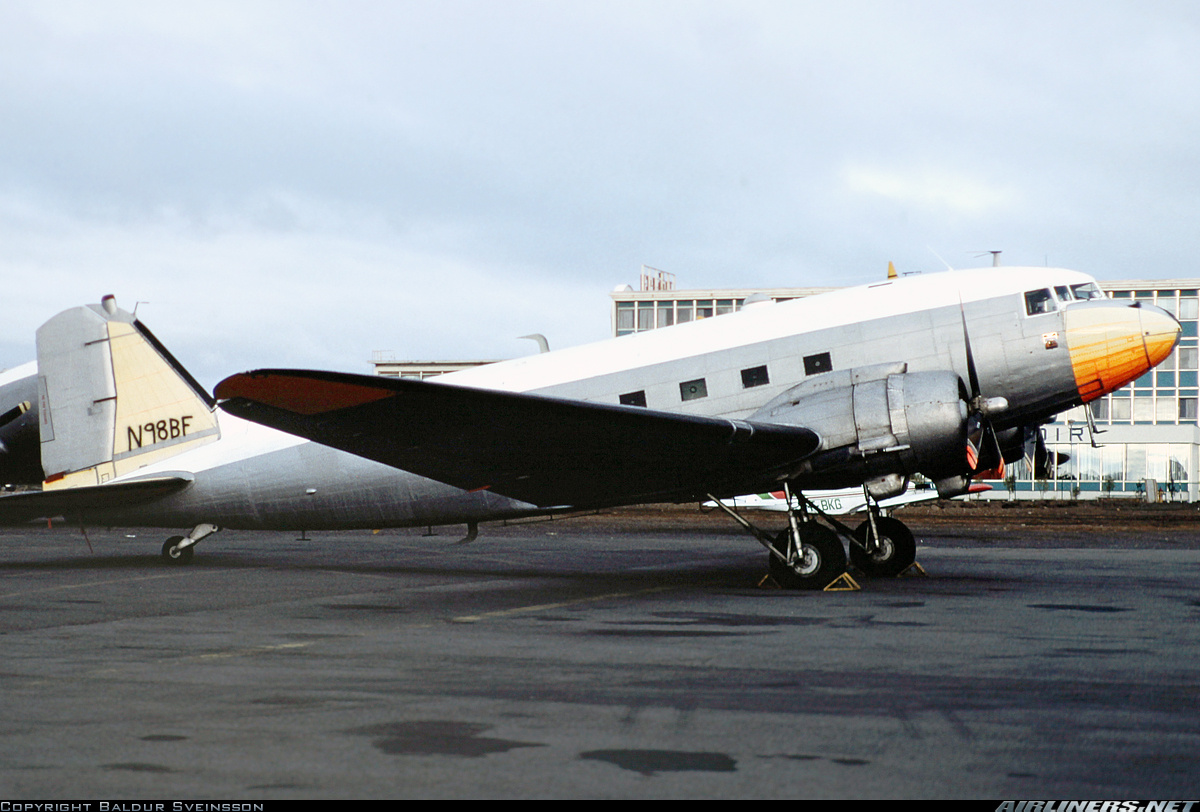 Ferried to the US via the Northern RouteSoon after her return to the US the aircraft was bought by Aircraft International Charters of Conroe, Texas who swiftly sold her on to Sky Freighters Corp of Grand Prairie, Texas in December 1985 and registered N308SF. 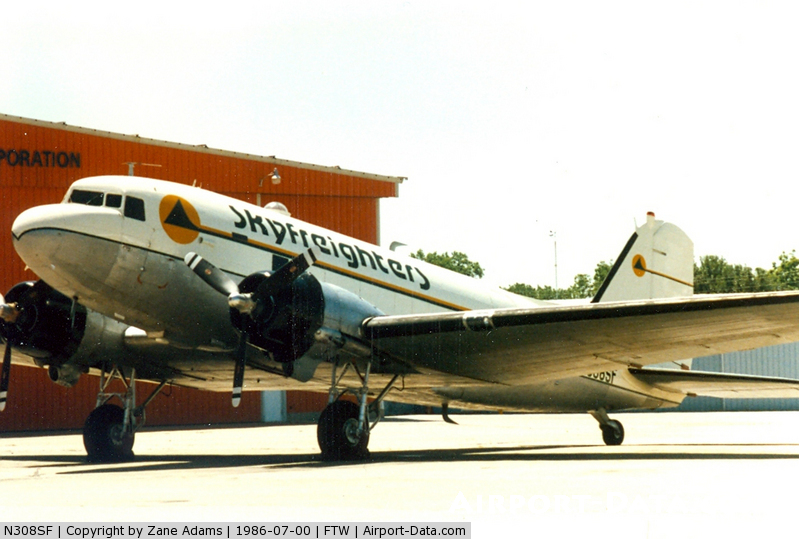 After four years cargo hauling with Sky Freighters N308SF passed into the hands of Belle Meade Air, Inc of Nashville, Tennessee who operated her for three more years.In late July 1992 Dodson International Air of Oxford, Georgia became the new owners of ‘308SF. They used C-47s to fly freight around North, South, Central America, and the Caribbean for various charters.The load could consist of anything from chickens to electrical generators, especially around the hurricane season! 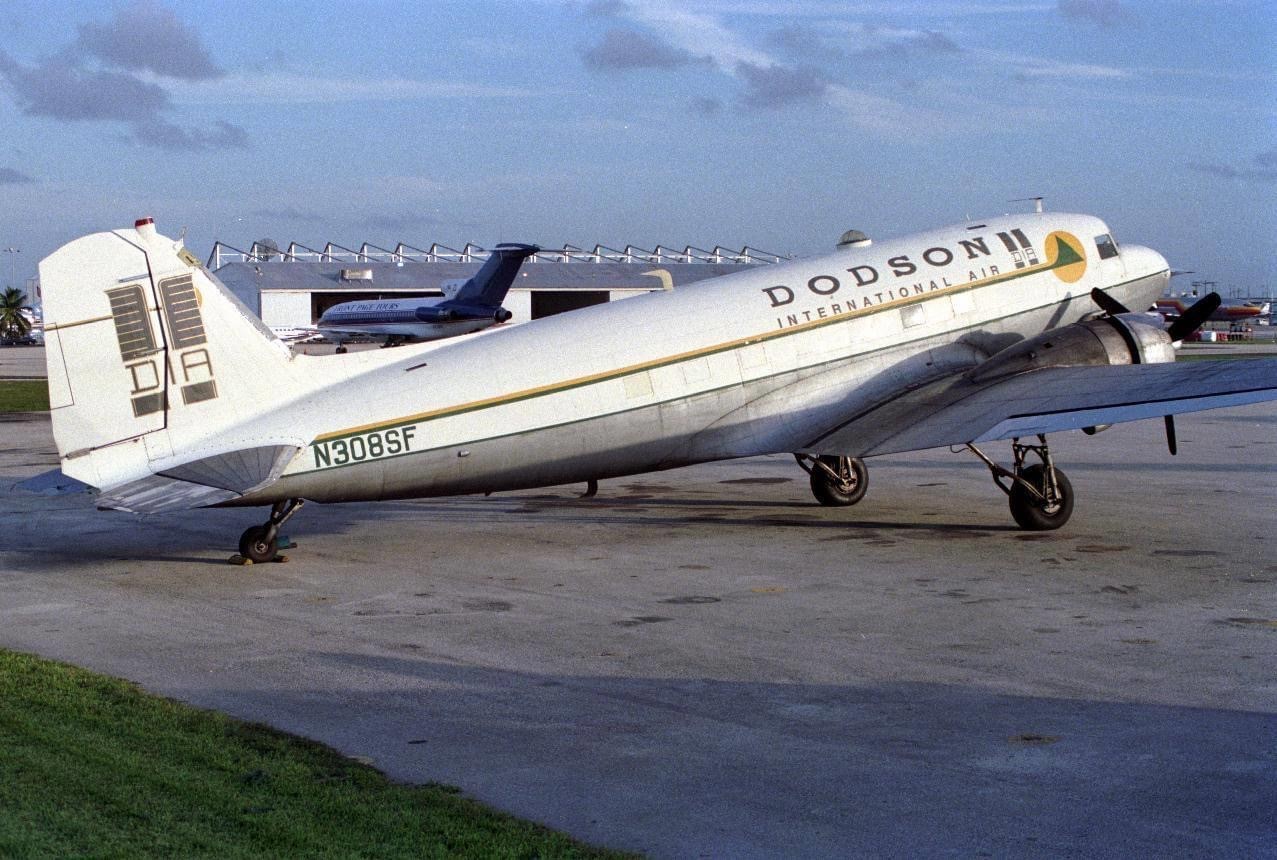 After ten years’ service with Dodson, ‘308SF was purchased by BS&J Leasing of Hopkinsville, Kentucky in October 2002. This company were affiliated with Tuckasee Air Cargo of the same address.By September 2007 the aircraft was to be found with C.J. Aviation Services of Greensboro, North Carolina where she had suffered her mishap whilst with Piedmont all those years ago. Three unsuccessful attempts were made by C.J. Aviation to sell the aircraft on E-Bay, initially for $150,000 and finally for $88,000, the highest bid being $50,100 in July 2008. A short while after the aircraft was sold on to Universal Asset Management INC, on the 30th of August 2008 who have a long history in aircraft dismantling and salvage which could have proved fatal to ‘308SF but fortunately she was spared the scrapper’s torch for a few years.